Charlie Brooker’s Tweet & Tender Heart: Black Mirror’s “Back To Me”

Charlie Brooker does angry; Charlie Brooker does gruff; Charlie Brooker gives good analogy (‘getting off with Victoria Beckham would be like having sex with a deck chair’). Charlie Brooker can sneer (the great and often overlooked “Nathan Barley” rarely breaks from a scowl). Charlie Brooker, all grown up now and a dad, a hubby, script writer and everything, does zombies on the set of Big Brother, Prime Minister’s fucking pigs and existential mind f*cks. He apparently seeks from his audience neither approval nor sentiment just a knowing nod and guilty laugh.

Charlie Brooker does success now as well. “Black Mirror”, his sequence of Twilight Zone reflections on modern things and modern lives, ‘a Black Mirror’ if you will on the 21st century condition, is co-produced and sometimes written by Brooker – the man who without knowing it, accidentally stole the career I was meant to have. There are no hard feelings though –  especially as “Black Mirror” is officially the best standalone sequence of dramas British TV has produced since, maybe, Paul Abbot’s initial “Clocking Off”.

END_OF_DOCUMENT_TOKEN_TO_BE_REPLACED 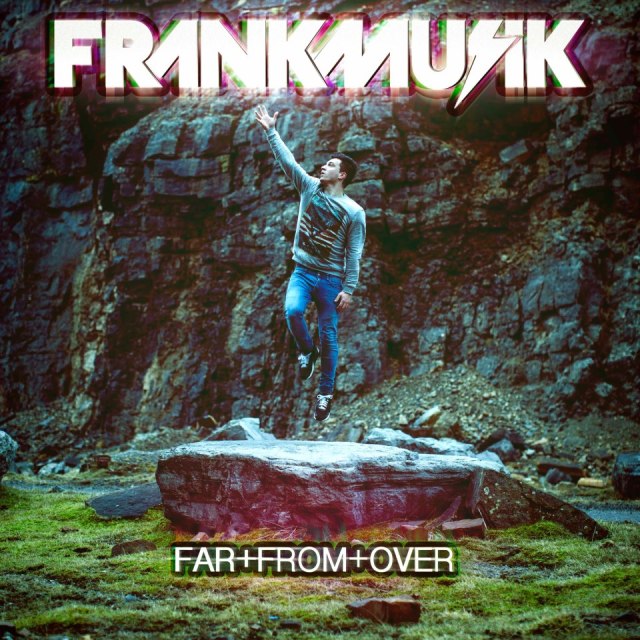 Cover of Frankmusik “Far From Over” EP. Credit: Danny Land and Vincent Turner

Anyone who read this blog at the end of 2012 may have noticed that we ended the year gripped by two obsessive pop ideas. The first was that “Scream And Shout”, the atrocity duet between will.i.am and Britney Spears, was audible proof that pop in its current incarnation was exhausted to the point of death. The second was that a new song called “Captain”, sneak released by wayward wunderkind Frankmusik, might be just the kind of thing to jolt it back to life.

Actually, we lie. One thing has changed: “Captain” now has three siblings to keep it company, in the form of the glorious “Far From Over” EP, released on Valentine’s Day, for free, here. For Vince Turner (the man behind Frankmusik) the EP marks a return to the fizzy, hyperactive ultrapop which first made his name. It is a record born of desperation (Vince broke up with his record label and his fiancé during 2012) which somehow sounds gleeful, a reminder of music’s amazing power to alchemise heartbreak into something life affirming. END_OF_DOCUMENT_TOKEN_TO_BE_REPLACED

Groundhog Day: Our fourth nominee for The Lupe Fiasco Award for services to pop culture

The fourth in a series where Pop Lifer tests music, film, television etc by the rules laid down in Lupe Fiasco’s “Superstar”: “Did you improve on the design?/Did you do something new?”. If the answer is yes to either of those questions, you qualify for the Lupe Fiasco Award for Services to Pop Culture.

“They say we’re young and we don’t know/We won’t find out until we grow.”

This is a film which unites Buddhists, the Catholic Church and traditionally liberal film critics. It is a film which dances merrily between ‘It’s a Wonderful Life’ and “Se7en” without ever tripping over.

20 years ago yesterday “Groundhog Day” was released to pleasant surprise and not half bad takings. The set-up you will be familiar with. Bill Murray begins as a charmless going nowhere local weatherman who is forced to repeat the same day in the same small town trapped in a peculiar existential melting pot with no clear get out.

END_OF_DOCUMENT_TOKEN_TO_BE_REPLACED 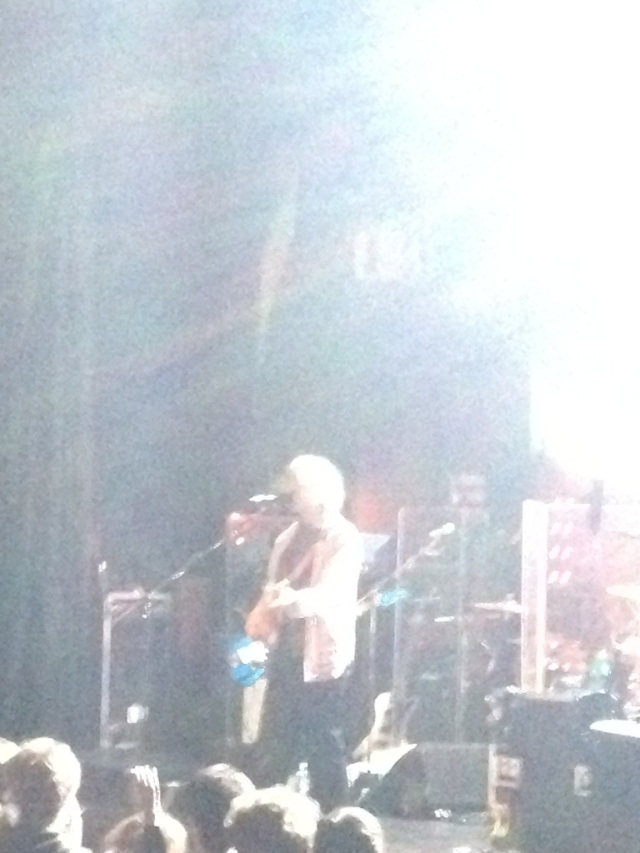 On the way to the Electric tonight we get assailed in the street by a middle aged hippie with a Scandinavian accent and a trembling youth in a scruffy parka. As long term Brixton residents we know this is nothing out of the ordinary, but what is different is what they were after – tickets to see My Bloody Valentine.

Its mind boggling that these two people had anything in common, let alone a desperation to see a band whose last album came out 22 years ago and whose biggest hit single reached the glittering peak of number 29. But that illustrates the power of My Bloody Valentine’s last two albums. They were like uranium: there wasn’t a lot of material, but it had a megatonne impact and an extraordinary, lingering half life.

Why do My Bloody Valentine still cast such a long shadow over music when so many of their peers are barely remembered footnotes to eccentric blogs? Anyone who tries to answer this question usually talks about how influential they are, but very few bands have actually sounded much like them. There was the early 90s shoegaze movement, but that swiftly withered in the absence of its chief architects and is now chiefly notable – in the form of Andy Bell – for enabling Liam Gallagher in his eternal quest to eradicate all modernity from pop music. A few bands have incorporated elements of MBV’s white noise and shimmering FX into their music – Smashing Pumpkins being the most commercially successful – but none have been quite so fearless in their disregard for traditional song structure or bold in their pursuit of beautiful, mind bending, ear shredding noise. And perhaps that’s why they are still so revered: their sound was so distinctive that nobody has been able to recreate it.

Including, for much of tonight, My Bloody Valentine. The band were, of course, never a vocally driven outfit but tonight’s mix buries most of the singing under a blanket of heavy, shrieking noise. The effect can be deeply frustrating: only the cooing “ooohs” in the chorus confirm the identity of “When You Sleep”. In fact, the first scraps of real melody have to wait until the sixth song, “Cigarette In Your Bed”, and even then they emerge only briefly, like frightened rabbits, before the sheer shrieking squall of Kevin Shields’ guitar sends them scurrying back into their burrows. Only insanely good drumming holds together “Only Shallow”, which has its chainsaw guitars replaced by a rusty axe. END_OF_DOCUMENT_TOKEN_TO_BE_REPLACED 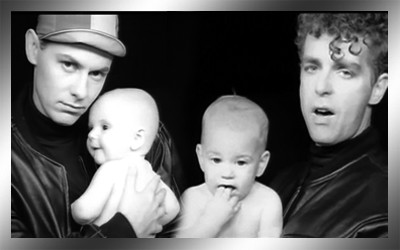 Exactly six months ago, we posted our first proper blog here on Pop Lifer, one celebrating the bravery of the then little-known Frank Ocean, who had just told the world in a beautiful and simple letter that his first true love had been a man. That blog was a celebration of the power of pop culture to change the world, and a love letter to someone we admired. It set the tone for what we’ve tried to do here since.

When we (Neil and Chris, the two writers here at Pop Lifer Towers) started writing this we didn’t have a clue what we were doing. We still don’t, really. We were aware that we were joining hundreds of thousands of other blogs with “pop culture” as their stupidly broad brief, but we didn’t want to limit what we were going to write about any more narrowly. The only thing we hoped might make us stand out was that we would take pop life seriously but we would only write about things we love. There are plenty of things we hate, but why waste time writing about them? (Tweeting, on the other hand…)

We didn’t have a clue whether anyone beyond a few of our friends would actually read Pop Lifer. To our genuine surprise and delight, it’s proven more popular than we’d anticipated. Not Lady GaGa huge, but probably a bit more popular than the second Ting Tings album. Thanks to a nicely timed post on the Olympics opening ceremony and the wild enthusiasm of the Pet Shop Boys fanbase, we got off to a good start.

We’ve since had thousands of readers from more than a 100 countries (shout out to Reunion, Qatar and Aruba, we love you crazy guys) and loads of incredibly supportive comments on the blog or through Twitter or Facebook. More please, you have no idea how needy we are. Although two things made us realise we had minorly “made it” in the world of the Internet: when we got a comment from a Proper Famous Person and we got our first spittle-flecked vitriol via a blog comment. Happy Days!

END_OF_DOCUMENT_TOKEN_TO_BE_REPLACED

Autobiographies are for psueds, the self-important or airport newsagents. So, why has Danny Baker, free form broadcaster and official loose cannon, written one? As he himself says “Frankly, I’ve always thought people who ‘bare their souls’ or who reveal any kind of intimate details about their homes want locking up. As people used to say quite often ‘It’s none of your fucking business, thanks.’” Thankfully “Going to Sea in A Sieve” reveals nothing that we didn’t know already – which is just fine by us. We weren’t after revealing truths just shits and giggles and quality anecdotes. This we get. Phew.

Like other people’s dreams and other people’s holidays, autobiographies can be tediously dull to any one else not directly involved. Unless of course, you happen to be already so impressed by a human being that you have dispensed with your hard-earned and bought their autobiography. Seriously, there can be no easier readership out there.

Danny Baker’s life is interesting and while Pop Lifer has been impressed by Baker’s finer moments (take his interview with Michael Jackson for the NME, TFI Friday in its pomp or his free-wheeling radio shows), let us make one thing plain. We didn’t buy Baker’s book because we like him, respect him or agree with him. Indeed, on many things, we don’t. We bought and read Going to Sea in a Seive because Baker has occupied a uniquely well placed corner from which he has observed and contributed to pop culture since the mid-70’s but above all because we enjoy him. Which we suspect is all Baker has ever asked of us anyway.