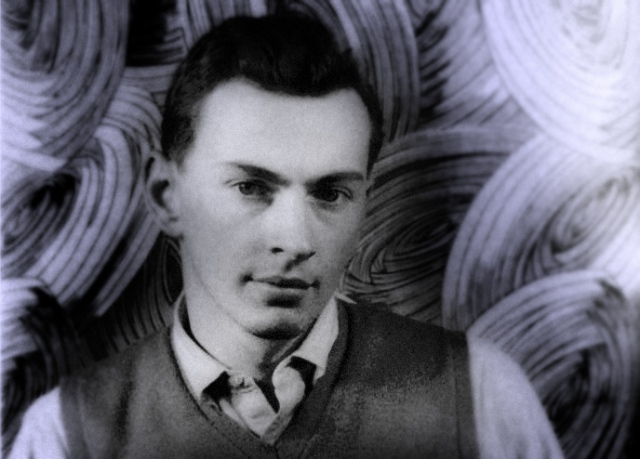 Picture of the artist as a beautiful young man

Sad news – American author, essayist, wit and commentator Gore Vidal has died, aged 86. Vidal’s elegance as a writer and sharpness as a wit was only matched by his personal courage.

In 1948, Vidal was a celebrated young writer on the rise, when he wrote “The City And The Pillar”, a book that featured a gay relationship at its core. It was dedicated to ‘J.T.,’ Jimmie Trimble, a boarding school classmate who died in WW2 and whom Vidal would later name as the great love of his life. To call “The City and the Pillar” revolutionary at a time when gayness was reviled and illegal across the entire world would be no exaggeration. An editor told him “you will never be forgiven for this book.”

Indeed, the book did prove to be commercial suicide, and mainstream newspapers refused to review his later books, forcing him to turn to alternative forms of writing, such as theatre and essays. He excelled at both with the kind of panache which always infuriated his rivals. In 1957, his first political play, “Visit to a Small Planet,” premiered in New York. A satire on post-World War II fear of communism, the play received Broadway acclaim and became a film in 1960.

Returning to novels, he managed to scandalise the literary world all over again with the hilarious, riotous “Myra Breckinridge”. Even during the heady days of 1968, when the hippie dreams of sexual freedom and revolutionary love were at their height, that novel proved able to satirise and exceed the extravagances of the time. Featuring the extraordinary eponymous character and lurching from arch camp to wild and lurid melodrama, it remains a brilliant read.

In 1993, Vidal received the National Book Award for his collection of essays entitled “United States: Essays 1952-1992”, a fitting tribute to his grumpy brilliance as a political commentatior. His many, many feuds were almost as entertaining. One led to him being felled by the famously fist-happy Norman Mailer. He reportedly retorted from the floor: “Words fail Norman Mailer yet again.” The same feuds were also evidence that Vidal wasn’t an altogether nice person, and his battle with Truman Capote contributed significantly to the latter’s terrible late decline. “Truman made lying an art form – a minor art form”, he said of the latter, displaying the wit which would regularly obliterate his enemies.

But his importance as a gay pioneer and iconoclast deserve to be recognised more than his wit and bad temper. He may not have always taken the party line on gay rights, being notoriously dismissive of gay marriage, but he hid nothing and risked everything. Acts of courage like his are still being performed around the world (think of pop’s current hero, Frank Ocean, who we’ve written about here) but he was one of the first.

Born privileged and wealthy, Vidal was a relative to the Kennedy clan and to many others in the American political establishment, including Al Gore, who he liked to patronise as “cousin Gore”. It must have been tempting to stay within the comfortable milieu in which he grew up, but he permanently placed himself outside of that establishment with “The City and the Pillar”, giving him the freedom to lob his many Molotov Cocktails inside. Who can doubt the truth of this: “Any American who is prepared to run for president should automatically, by definition, be disqualified from ever doing so.”

And who has ever expressed the driving force of the gay rights movement – honesty and openness – better than this? “We must declare ourselves, become known; allow the world to discover this subterranean life of ours which connects kings and farm boys, artists and clerks. Let them see that the important thing is not the object of love, but the emotion itself.” Nobody said it better, that’s who. Cousin Gore, we salute and thank you.

bloggists at www.poplifer.com
View all posts by PopLifer →
This entry was posted in "Art", Gay shit, Picture This. Bookmark the permalink.