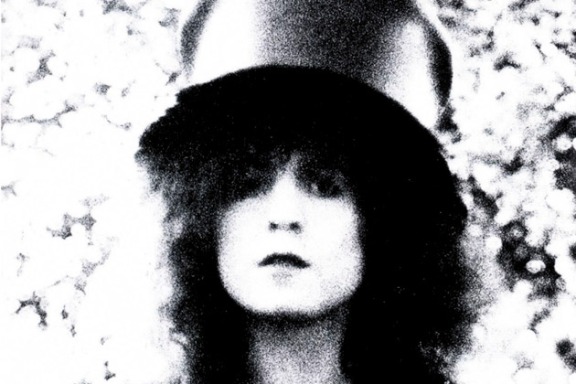 The Beatles were a hero to some but they never meant shit to me.*

That’s not entirely true, actually, but it makes for a good opening, and Marc Bolan is someone who appreciated a bit of theatre, truth be damned. And Bolan – who died 35 years ago today, a year after I was born – has always been a hero to me.

What is true is that I was one of that first generation of children – born in the seventies – to grow up in a household drenched with pop music. My parents had been young enough to be present at pop’s birth and The Beatles, Bowie, Dylan and Joni Mitchell soundtracked my childhood. Naturally, like all ungrateful children I rebelled against all of this a little, and while I liked some Bowie, I only grew to love The Beatles and Mitchell later in life (I’m still waiting unenthusiastically to love Dylan).

But my mother’s absolute favourite band, the one her eyes truly shone for -T Rex – oh, that I got from the start. I can still remember a car trip taken aged eight through Scotland, with the loping rhythm of “Hot Love” giving way to the greatest “la la la”s in pop history (and even then I remember thinking “Hey Jude”s similar outro was dull bluster in comparison to “Hot Love”s ecstatic reverie). I remember dancing aged nine to the bump’n’grind of “Children Of The Revolution”, to my mother’s delight, little realising the swaggering sexuality of its rhythm. I can still remember the tingling excitement of first listening to “Cosmic Dancer”, Bolan investing its deliciously silly lyrics with all the unearthly wonder and space cadet joy at his considerable command.

It’s one of the few loves I have always been true to, along with Kate Bush. I’ve fallen in and out of love with other idols and even forgotten a few, but Marc Bolan has always been central to my pop life. I first picked “Life’s A Gas” as a song to be played at my funeral at around 13 (look, I was listening to a LOT of Smiths and Cure back then, it seemed natural) and still know that I want those words to be the last heard before I exit stage left into the incinerator: “but it really doesn’t matter at all, it really doesn’t matter at all, life’s a gas.” “Electric Warrior” remains one of my ten favourite records of all time, a miracle of consistency, melodic invention and sonic shine which has barely dated a day.

Others have written about Bolan’s brief, strange and remarkable career, his journey from the young mod called Mark to leader of John Peel endorsed hippie troubadours Tyrannosaurus Rex to the era defining, glitter drenched pop genius of T Rex ( and the slow and melancholy decline). Those who were teenagers at the time are better placed to comment on how revolutionary his style was, how his androgyny, glamour and bravado changed everything in pop forever, opened up huge new realms of possibility and potential. And others can point out how he turned a simplistic guitar technique and limited voice into an advantage, making the most of what he had and turning them into some of the most compressed, high impact songs in the whole pop canon (little wonder punk bands, scathing about most of their hippie forebears, were enthusiastic about Marc – they were stealing his formula of imagination, flair and energy over dull musicianship).

But we will say this. Without Marc Bolan we wouldn’t have David Bowie, the Sex Pistols, Kate Bush, Adam and the Ants, Siouxsie and the Banshees, The Smiths, Boy George, Soft Cell, Prince, Madonna, the Pet Shop Boys, Eurythmics, Suede, The Auteurs, Blur, The Strokes, Placebo, Smashing Pumpkins, Franz Ferdinand, MGMT, The Killers or Goldfrapp, at least not in the form we recognise them (and those bands are just the tip of the iceberg). Okay, we wouldn’t have Oasis or Poison either, but surely they are a price worth paying for the incredible legacy Bolan bestowed upon us.

But enough from us, let’s hear from the main man himself, Mr Marc Bolan.

Here’s a fantastic Top of the Pops performance of “Metal Guru” (one of the strangest, brashest, greatest number one records of all time) in 1972:

Here’s Marc romping his way through a roughed up version of “Hot Love”:

And the more melancholy side of T Rex with a gorgeous live version of “Girl”, trademark so-bad-they’re-brilliant lyrics in place:

Thank you for the music Marc. It’s hard to imagine what pop life would have been without you, but easy to predict it would have been a lot less interesting, adventurous, mischievous and glittering.

*with thanks to Public Enemy