God is in the shuffle 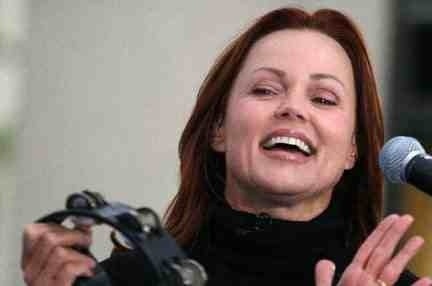 I’ve spent the last 10 days cycling the Camino de Santiago pilgrimage route in Northern Spain. Don’t panic, I won’t recount every sunset along the 470km, every adventure, every gorgeous village passed through, every local delicacy consumed. There’s other blogs which do that in mind crushing detail. But I will say that the idea of the pilgrimage is to leave modern clutter behind, walk away from the world of twitter, rolling news and gadgets, to learn to live with silence and solitude and to reconnect with nature.

Obviously, my iPod was the first thing I packed.

Along with charger, extra power pack, illegal volume booster and three sets of headphones (just in case). Because, despite the fact the Camino is meant to be a pilgrimage, the only thing I really worship is pop music. And for me, the iPod is like Jesus, God’s wonder and abundance made flesh. Well, silicone.

And I do mean iPod, not iPhone. As amazing as the latter is (I’m tapping away on one right now in a plaza in Leon, Spain), the 160GB iPod is my only true essential in life. I need at least 17,000 songs on tap all the time and I live in daily terror of Apple discontinuing it just as my current device melts due to over-use.

“But no-one needs that much space,” people say to me. “Ha!” i reply and never talk to them again. 32GB is a pathetic, paltry amount of space to store music. You’d be better off lugging a harpsichord around with you and playing your own versions of “Lovecats” and “Crazy In Love” when you get the urge. I never know when I’ll suddenly remember a Slowdive b side and want to remember how it goes after the second FX wig out. What would happen if I had to wait? I’m not entirely sure, but suspect it would be like Revelations, seas boiling with blood, corpses dragging themselves from their graves, the Whore of Babylon singing “I Kissed A Girl”, that sort of thing.

Above all I have come to worship at the altar of the “shuffle songs” feature. I know the damage this – along with single tune downloading – has done to the idea of the album. I grew up listening to whole Bowie and Dylan records (in fact, one Dylan record seemed to be droning from my fifth birthday right through to my seventh without ending). I spent my teen years absorbing every last detail of Suede’s “Dog Man Star”, Smashing Pumpkins’ “Siamese Dream” and Kate Bush’s “The Dreaming.” I know we have lost something by not listening to whole albums properly any more, by our skip skip skipping.

But I can’t help it: flinging my whole music collection into the air and waiting to hear what drops out of the sky is the closest I get to a religious experience. I’ve heard Neneh Cherry immediately followed by Nine Inch Nails, “Mr Brightside” supplanted by “Like A Prayer”, Black Box Recorder snuggled up with Black Box. Only two clubs in the world – Duckie in Vauxhall, and Lo Chalet in Milan – have ever come close to having as eclectic and amazing a music policy as my iPod Shuffle.

But it’s not just about entertainment, it’s about education, too. Here are five things iPod shuffle has taught me over the last ten days.

1. Prince and Morrissey should be together

Reflecting my adoration of both, my iPod is crammed with over 200 songs by each, so I shouldn’t have been surprised when – not once, but twice – shuffle threw these two icons back to back while I cycled. What did surprise me is how well they worked together, Morrissey’s sighing lament of “Late Night, Maudlin Street” segueing perfectly into Prince’s androgynous “If I Was Your Girlfriend”. I now firmly believe that these stars (who have more in common than might first appear: they were madly prolific in the 80s and helped define the decade, both are Bolan buffs, nobody cares about their new songs, they make all their money with live shows) should mount a joint tour, a bit like that Kanye and Gaga one, with the highlight of each show a duet. I think Prince could add a certain perverse sexuality to “Girlfriend In A Coma”, while Moz could add mournful longing to “Gett Off.”

2. “Lucky” by Radiohead may be the best song of the last 20 years

Look, i change my mind on what the best Radiohead song is every day or two, let alone what the best song ever is, but there was a point cruising down a mountainside in the Navarre region, on a disused road, when “Lucky” came on and I was reminded of just how extraordinary it is. A song about things going right, mixed with aircrash imagery, all sung in a voice which sounds crushed with loss might not sound joyous but three things make it so: 1. The sheer wonder of a band at their peak, playing together with such elegance and bravado 2. Jonny Greenwood’s sky scraping guitar in the chorus 3. The way Thom suddenly lets rip in the second verse with “GLOOOOORIUS DAY” and it suddenly is.

For many years I’ve laboured under the illusion that Belinda Carlisle, having emerged from the drugs haze of the Go-Gos days, had become a shining example of LA positivity claptrap. But it was only when listening to “Live Your Life Be Free” that I realised the darker truths that lurk beneath her songs. The lyrics aren’t about people living their dreams at all, they’re urging a man Belinda has her beady eye on to dump his poor wife and take up with her, the hussy. “You should be with me,” she keeps insisting. There are probably kids involved, too. She IS Jolene, from the Dolly Parton song, and everyone hates Jolene.

4. Curve are one of the most criminally overlooked bands ever

Before Suede came along, the early nineties were a terrible, terrible time for music – almost as bad as the current doldrums we are in. I’ve said it before, but the best way to imagine guitar music back then is to picture a vast, muddy field, with only a few flowers blooming, far apart and forlorn. By far the most distinctive, gorgeous and deadly of those flowers was Curve, whose songs shuffle threw at me regularly on the trip, like the loving God it is. Combining Dean Garcia’s swampy sound of industrial guitars, distorted electronica and furious beats, with Toni Halliday’s exquisitely seductive melodies and vicious lyrics, they produced three perfect EPs and two great albums before a long, slow disintegration. Garbage stole their sound wholesale (though Shirley Manson is an infinitely less gifted vocalist than Halliday) and made millions, while Curve are largely forgotten. Go and listen to “Perish”, “Coast Is Clear” and “Horror Head” on YouTube right now and begin to rectify this terrible injustice.

5. The Futureheads sound like New Kids On The Block

For years, two things have puzzled me about The Futureheads’ cover of Kate Bush’s “Hounds Of Love”. The first was its popularity: how could anyone choose to listen to its cack-handed clumsiness compared to the ecstatic glory of the original? Are some people really so addicted to guitars that they can’t enjoy a song until one is flailing around in the mix? Good God, it’s almost as vile a hate crime as David Gray’s long, tortured assault on Soft Cell’s imperial “Say Hello, Wave Goodbye”. The second puzzle was that the “uh oh uh oh” backing vocals always reminded me of something, not Kate Bush. It was only when shuffle played the song to me while negotiating a downhill so perilous that I couldn’t skip it that I realised: it sounds like New Kids On The Block’s “Right Stuff”. And the other wonder of the iPod was that I was instantly able to check my theory (yes, I have NKOTB on my iPod, and I’m proud) and verify it. Oddly, this has now improved my opinion of the Futureheads’ version of “Hounds Of Love” by 70%.

Hmmm. Sweet Jesus. Another amazing, forgotten 90s band. I’ll listen to them on the way.