Welcome to Day 5 of our pop culture advent calendar. Every day we’re handing out a little treat in the shape of an award or recognition of something big or small in pop which has made 2012 a better place for all of us . There’s a little bit of an introduction here.

Day 5 marks one of our more melancholy awards – The Chris Morris Award For Most Sorely Missed Comic Genius. Obviously we don’t mean missed in the “dearly departed” sense, merely in the sense of actively contributing to the gaiety of the nations. It’s been a long while since Morris has brought his lethal, volcanic presence to our TV’s screens, though he did of course write and direct the scabrous “Four Lions”. At Pop Lifer, we miss him, and have said so at length. 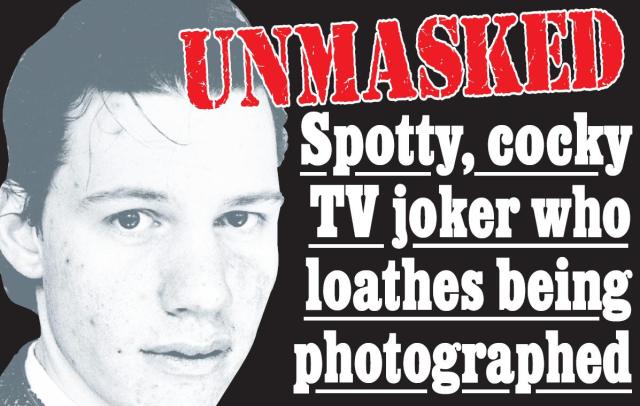 But we’re feeling the absence of another comic genius even more keenly, and that would be….

Allie Brosh, the creator of Hyperbole and a Half. We’ve written on it before at length here, so you will already know we think this half blog/ half comic strip creation is the funniest website in the world.

As we wrote then, “We won’t bore you with the brilliance of the illustrations, crafted painstakingly in Microsoft Paint to look like the delirious outpourings of a sugar-addled 10 year old. We won’t go on about Brosh’s amazing versatility, the way she can move from gen-X wisecracking or sweetly embarrassing memories of childhood to wrenching accounts of depression (see illustration) and make them all motherfucking funny (warning: Hyperbole and a Half likes swearing).

We’ll simply say go here for her memory of childhood cake-related shame, here for her attempts to test her dog for learning disability or here for her adventures in depression. In fact, anywhere will do, you’re never more than a mouseclick away from brilliance. But make sure you read this in an environment where helpless giggles and seal-like clapping are acceptable. A hospital, for example.”

However, it’s also true that Hyperbole and a Half has been quiet for a very long time now, and we’re getting a bit sad and worried about it all. The two last posts on the website suggest the long gap  may have something to do with depression or Allie working on a book. We hope for her sake and ours that it is the latter, mostly because we want Allie to be happy (if you read a few posts and haven’t fallen in love with her there is something medically wrong with you) but also because we want more of her genius.

bloggists at www.poplifer.com
View all posts by PopLifer →
This entry was posted in "Art", 2012 Advent Calender, Comedy. Bookmark the permalink.