Each day this month, Pop Lifer has given out an award from behind an imaginary window on an imaginary advent calendar. We have covered TV, Film, a little bit of politics and a lot of pop music. Naturally, the Olympics has cropped up as well. We have also covered football, an integral part of our popular culture which provides as many  heroes, villains and dramas as all the soap operas combined.

Football hasn’t always been quite so acceptable. There was a time, for most of the 70s and 80s, when it was considered grubby, seedy and violent – a once noble civic tradition lost to hooliganism and a chauvinistic and often racist culture.

The catalyst for change was also its darkest day – April 15th 1989, the Hillsborough disaster –  a tragedy and an injustice. 96 people lost their lives. Stadiums could never be the same again. Football could never be the same again. Football needed to modernise its environment and someone needed to pay for it. A fledgling, flailing experiment in satellite television realised the potential in our dormant national game and a mutually beneficial arrangement soon worked for both.

As most of football drank with gauche and giddy delight from Murdoch’s fountain, something was neglected – Hillsborough’s victims. A city, a group of campaigners and writers such as Jimmy McGovern,  fought to right a wrong and remove the cloud that not only hangs over football but British culture.

Today, we acknowledge this campaign and the welcome developments in 2012, including today’s significant judgement, that have finally brought us the truth and moved us closer to justice.

“On 15 April 1989 over 50,000 men, women and children travelled by train, coach and car to Hillsborough Stadium, home of Sheffield Wednesday Football Club, to watch an FA Cup Semi-Final between Liverpool and Nottingham Forest. It was a sunny, warm, spring day and one of the high points of the English football season.

Hillsborough was a neutral venue, like so many stadia of its time a mix of seated areas and modified standing terraces. As the match started, amid the roar of the crowd it became apparent that in the central area of the Leppings Lane terrace, already visibly overcrowded before kick-off, Liverpool fans were in considerable distress.

In fact, the small area in which the crush occurred comprised two pens. Fans had entered down a tunnel under the West Stand into the central pens 3 and 4. Each pen was segregated by lateral fences and a high, overhanging fence between the terrace and the perimeter track around the pitch. There was a small locked gate at the front of each pen.

The crush became unbearable and fans collapsed underfoot. To the front of pen 3 a safety barrier broke, creating a pile of people struggling for breath. Despite CCTV cameras transmitting images of distress in the crowd to the Ground Control Room and to the Police Control Box, and the presence of officers on duty on the perimeter track, it was a while before the seriousness of what was happening was realised and rescue attempts were made.

As the match was stopped and fans were pulled from the terrace through the narrow gates onto the pitch, the enormity of the tragedy became evident. Fans tore down advertising hoardings and used them to carry the dead and dying the full length of the pitch to the stadium gymnasium.

Ninety-six women, men and children died as a consequence of the crush, while hundreds more were injured and thousands traumatised. “

The opening paragraphs to the Hillsborough Independent Panel report

Step forward the Football Association, South Yorkshire Police, the Ambulance service, local journalists, local politicians, national journalists, national politicians, The Sun, Kelvin Mackenzie. They either created lies to cover up their own incompetence, concocted lies to reapportion blame or their regard for basic safety and human decency was so minimal that it bordered on the callous and was, as confirmed today by the High Court, potentially unlawful. These deaths were not an accident.

Where there was not a bare-faced lie being concocted and spun, those in charge of our justice system, government, and national game showed such a cold indifference in securing either the truth or any kind of justice for the victims that their negligence, also, bordered on the unlawful and can comfortably be categorized as immoral.

Step forward the coroner’s office, the wider police establishment, Margaret Thatcher’s government, John Major’s government, Tony Blair’s government, a lot of Fleet Street. The full extent of the conspirators and the complicit is horrifying and staggering. All devised, created or colluded in the greatest peacetime injustice perpetrated on home soil in the last century.

And who did they lie about and deny justice to?

The 96 people who went to watch a Cup semi-final and died doing so. The families and friends of these 96 victims who saw their bereavement contorted by a burning and all-consuming sense of injustice. The many thousands who attended the match and were traumatised. The many police and medical officers whose accounts were dismissed. Liverpool Football Club. Liverpool.

Step forward among many other campaigners and organisations who fought to right a wrong: Liverpool Football Club, Everton Football Club, Kenny Dalglish, Andy Burnham MP, David Conn. Most recently the members of the Hillsborough Independent Panel stepped up and delivered a thorough, compassionate and clear-eyed assessment of over 450,000 pages of documents to establish what did happen that day and after. Above all, step forward the families and friends of the victims of April 15th 1989.

Buy The Justice Collective’s single “He ain’t heavy, he’s my brother”. You don’t have to listen to it. Just contribute 99p into the fund for two reasons. One is petty. It will help prevent the X-Factor secure yet another Christmas number 1 and maybe bring to an end this tiresome tradition. Second, and far more importantly, it will pay the legal fees which will fund the delivery of justice – a justice that 23 years on we still lack and we still need. 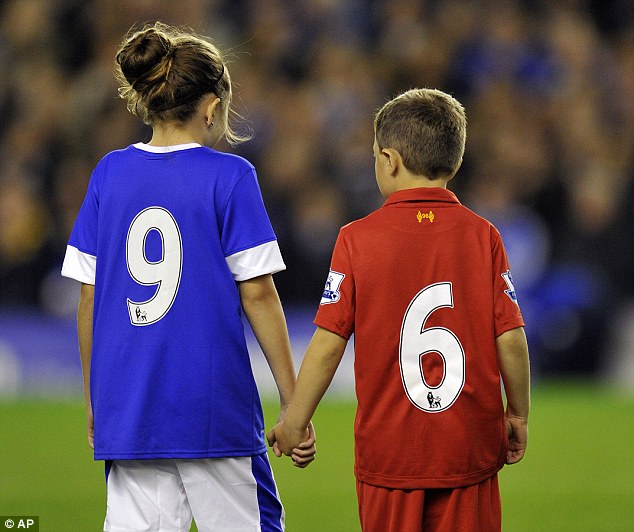 1 Response to Hillsborough: closer to justice