Welcome to Day 18 of our pop culture advent calendar. Every day we’ve been handing out a little treat in the shape of a mini-blog on something or someone we’ve admired or thought worth noting in 2012. Last night we dispensed with the retrospective and lived in the now with our first ever semi-live blog on the copiously talented Frankmusik. Tonight we’re going back to the awards, although tonight’s are more parochial than usual for Pop Lifer – we’re writing about who we’ll be pinning to the top of our tree….

Romeo Beckham (far left just in case you hadn’t realised) advertising a Burberry raincoat. Having seen this image a number of times now, Pop Lifer remains none the wiser as to what the woman’s right leg is doing.

Unlike public figures such as the Beckhams, our children are not public property (although if there are talent scouts from Burberry reading this we could be persuaded). Only once have we wheeled Pop Lifer Next Generation out for the blog. This was to determine the thorny question of which country has the best flag . Unfortunately that proved to be a disaster. Despite taking some delightful detours along the way, the young ones eventually settled on the United States. Proof that no matter how many organic smoothies and Japanese feature-length animations you forcefeed a child, Disney always wins and the Stars and Stripes are unavoidably iconic.

However, there are occasions where their opinions are required. As secular folk at Pop Lifer we tend to avoid religious icons as much as we can and in recent years we have let Pop Lifer Next Generation choose who should sit on the top of our tree with a person of the year. Or when the Next Generation both became too vociferous we simply conceded the ground and let them choose one each. In doing so, we put to one side any valuable lessons in compromise and consensus as well as our own opinions as to who may warrant recognition. The future is theirs after all; for now though, a Christmas Tree is all they get. Plus a Box Set of Studio Ghibli on the day itself that will gather dust.

Last year it was Lady Gaga and JLS. This year’s however has a running theme….

If you want flimsy anecdotal evidence that 2012’s Olympic Games in London inspired a generation of young Brits, look no further than the top of our Christmas Tree. Swap a regulation boy band and a pop icon on a disappointing second album for two world record runners from Jamaica and Kenya and you have an idea how, for many kids, this summer represented that first 7″ or gig that shaped a lifetime’s informed and passionate interest.

Pop Lifer’s Next Generation choices below are very deserving. When asked – Why no Wiggo? Why no Ennis? Why no Murray? – they simply replied that Bolt and Rudisha deserved it as they were the best ever in their fields not just the best that year. Which is true.

So we can be sure that even if we fail to inspire this generation to maintain the gold run in years to come, the billions spent this year on staging the Olympic Games has honed a generation’s propensity to retain facts, use them to produce logical arguments, defeat pub quiz machines and make it difficult to translate small talk into friendships….

The impossibly quick and charismatic Usain Bolt was the winner of the double triple at this year’s London Olympics (consecutive 100m, 200m and 4x100m) and in so doing confirmed his status as the Greatest Sprinter of All Time. The most magnetic global sporting icon since Mohammed Ali, he is catnip to the Next Generation . He has a trademark celebration, golds and records in every event he has competed in and, despite his fondness for dirty chicken and awful Richard Branson impersonations*, he is the single reason why sprinting hasn’t been relegated to a drug infested irrelevance following two decades of relentless cheating. 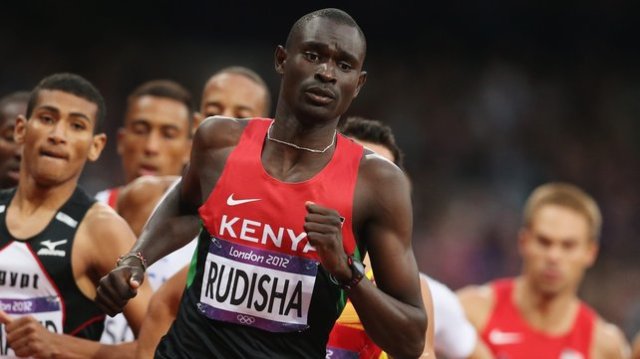 The Kenyan 800m gold medallist broke his own 800m world record at the 2012 games – the only individual men’s track record to go. He is the opposite to Bolt off the track – humble to the point of deferential – but on it, he is all aggression. He has dispensed with the convention that the 800m is a tactical race – he simply runs as fast as he can and it is up to the rest of the field to catch him. Invariably, they can’t. He is the most elegant and graceful athlete on the planet.

*He was paid a lot of money.

bloggists at www.poplifer.com
View all posts by PopLifer →
This entry was posted in 2012 Advent Calender. Bookmark the permalink.