Welcome to Day 9 of our pop culture advent calendar! Every day we’re handing out a little treat in the shape of a mini-blog on something or someone we’ve admired in 2012. Yesterday we celebrated Jo Brand and vagina-illustrated Christmas Cards. Behind today’s fiddly little window you’ll find our favourite political spat of 2012.  There’s a little bit of an introduction to this whole advent calendar shebang here. 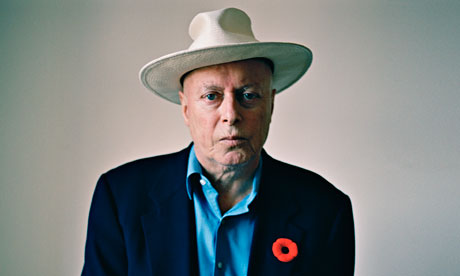 We’ve said it before but that has never stopped us from saying anything again: Twitter can be desperate and dispiriting. Despite some of the loftier claims made for it as a disruptive and democratic space, it mostly props up our grisly cult of celebrity. In fact, it has added a new lower rung on the fame ladder, lower even than that of reality TV star: the “Twitter famous”. If you don’t know what this means then get down on your knees and know that this Christmas you truly are blessed.

Politically, however, Twitter has turned out to be a more complicated beast.

Famously Twitter has proven a remarkably powerful tool for disseminating information that authoritarian regimes would rather keep quiet, or simply giving ordinary people a voice that would otherwise not be heard. An excellent example of this was the release of the Spartacus Report earlier this year. Written by disability activists, this report revealed how the Government had ignored expert dissent to its brutal plans for welfare reform: the Twitter-led campaign led directly to legislative changes in the House of Lords, as well as a new confidence in the previously marginalised disability community which is still fuelling it today.

Yes, the 140 character format of Twitter inevitably reduces political argument into simplistic soundbites, crude slogans and clumsy insults.  But the same could also be said of Prime Minister’s Questions, and that’s broadcast by the BBC. Besides, just occasionally those same knockabout insults suddenly become something rather more wonderful, a moment of clarity where a choice is offered and a side must be taken.

Many of these moments emerged through the US election. One particularly fine example came when Conservative commentator and controversialist Ann Coulter Tweeted after Obama’s disappointing performance against Mitt Romney in the first presidential debate: “I highly approve of Romney’s decision to be kind and gentle to the retard.” Condemnation was swift, smart and nearly universal, and may have finally persuaded a large swathe of the American public to think twice about hurling around the vile and abusive term “retard”, one which is still sadly prevalent there.

But our favourite political spat came closer to home and from a rather more unlikely source. We’ve named this award after Christopher Hitchens, who sadly died almost exactly a year ago, on 15th December 2011. Hitchens was famously unafraid of a fight, and famously well equipped for them, thanks to his courage and passion. Rather like our winner for 2012…Mr Stan Collymore.

We’ve written a bit on Collymore in the past, as one of football’s more complicated and fascinating characters. Collymore has done some pretty horrifying things in the past, which shouldn’t be forgotten. But nor should we dismiss his post-retirement achievements. As we have pointed out before, he has emerged as an articulate and brave campaigner for awareness of depression, a provocative broadcaster  and one of the smartest commentators on the complex array of motivations driving modern footballers.

But for us Collymore’s finest moment came this year during a Twitter row with his Cannock constituency MP, Conservative Aiden Burley. Just as the rest of the country was deliriously enjoying the Olympics opening ceremony, and its celebration of the best of the UK’s values and institutions, Burley decided the time was ripe to dismiss the ceremony as ‘more left wing than Beijing’s in 2008′ and ‘multi-cultural crap’. This may have been unwise for a man recently caught apparently celebrating the Nazi legacy in Paris.

Collymore went for Burley with a timing and killer instinct he last displayed in his Nottingham Forest glory days. First he Tweeted, “An embarrassment to the Cannock constituency. An absolute joke of an MP. Sooner we jettison you the better.” Then he followed with an outright challenge: “I’ll happily stand against you at the next election. You have no clue about our town or its people. Game on.” 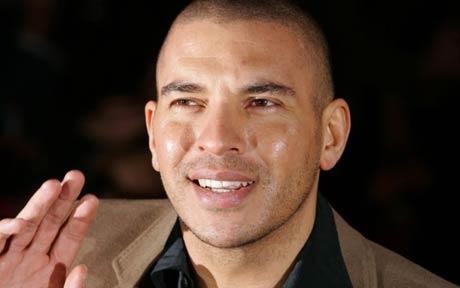 Burley had no real comeback and – it turned out – no more friends left in high places. His feeble attempt to dig himself out of his own hole – “Seems my tweet has been misunderstood. I was talking about the way it was handled in the show, not multiculturalism itself” – didn’t stop former supporters distancing themselves rapidly, including David Cameron and Boris Johnson.

On the night Collymore laid down the gauntlet we promised we’d hand out leaflets for him if he did indeed stand against Burley in the next election. If Burley has any common sense he will quietly walk away from politics at the earliest possible opportunity, but then Burley doesn’t seem to have much in the way of sense, common or otherwise. But our promise holds, Stan, and in the meantime thanks for our favourite left hook of 2012.

bloggists at www.poplifer.com
View all posts by PopLifer →
This entry was posted in 2012 Advent Calender, Politics, Sport. Bookmark the permalink.